October 1st fell on Monday this year and the weekend before Dave and I dove into our month-long quest for nutritional nirvana can only be described as a carb fest free-for-all-sugar-orgie bonanaza. There was pasta and sushi and cookies and whip cream – Oh God, So. Much. Whip. Cream. As I watched the clock tick closer and closer to midnight on Sunday I started panic eating. I mainlined noodles up until the very last daunting second.

Guys, it was gross.

And I regret nothing.

Alas, Monday rolled around as it tends to do and as the sunlight hit our faces on October 1st we slowly opened our eyes to the harsh reality of a total carbohangover and the sinking feeling that we had made a huge mistake. But because Dave and I are both stubborn AF, neither wanted to admit to each other that we had doubts, so we forged ahead and didn’t look back until Halloween.

As much as I could easily make fun of Whole30 and the HORRIBLE first world problem that was suffering through it for this entire blog post, I should pause here for moment and explain to those of you who aren’t familiar with it what exactly Whole30 is and what it isn’t.

The idea behind Whole30 is to strip all the unnecessary and problematic foods from your diet and eat only whole and natural foods with no added sweeteners. Basically you eat like an animal that consumes both fruits, veggies and meat, but no sugar. Like a bear who’s afraid of bees. And hasn’t learned to bake. 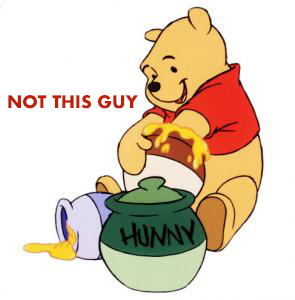 That means all fruits, veggies and meats are in and all dairy, sugars, starches (except potatoes) and legumes are out. It’s pretty damn close to a low carb or a paleo diet with a few notable exceptions like you can’t have peanuts (because they’re technically a legume) and even artificial sweeteners like Splenda are a no no, which means diet soda is out. There’s some other fine print and yada yada, but that’s the gist of it.

Now one of the really cool things about these 30 days is you don’t count calories and you don’t weigh yourself – those things are strictly off limits. Which was really freeing in a way. I, Lindsey Breh, who weighs herself daily and sometimes more than once a day like after a really satisfying pee (yo, why not?) had to learn to let go and just trust that the process was doing its thing. I’ve also been trained to subconsciously count every calorie I’ve ever consumed since the age of 15. THAT’S A CRAPTON OF MATH, so I was more than happy to put away my calculator and just rely on feeling full as my guide.

Ok so those are the rules. To help me along my Whole30 quest I purchased no fewer than 4 approved cookbooks and also a handy field guide thing that I can’t remember the name to at the moment, but it’s a day by day breakdown for the entire 30 days and gives helpful little tricks and tips each day. I read it out loud to Dave each night when we got into bed. Sometimes he listened.

I’ve racked my brain about how best to take you through this without turning it into a blog of epic proportions a la the Odyssey and I’ve settled on a theme format. I narrowed down my Whole30 experience into four key themes that pretty much cover everything. So here we go.

1: SUGAR IS LIFE and my life is over

I honestly had no idea how addicted I was to sugar, or sweetness in general, until this little experiment.

I might have had an inkling there was a problem when I was too embarrassed to go through the Starbucks drive thru because admitting just how many Splendas I put in my coffee was a secret shame too difficult to bear. Now I don’t actually know the exact number of Splendas I put in each latte because I would just grab what I loving called “a mitt full” and then quietly hunch over the cup, ripping and dumping each packet into my coffee as quickly as possible before Mr. Joe Businessman made his way to the mixing station and judged me for my life choices. But it’s safe to say it was a lot. Like a metric fuckton a lot. 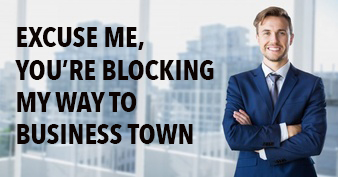 A red flag moment might have also been that time I broke a toe chasing a double chocolate malted milk ball as it rolled through my kitchen. But really, that could happen to anyone.

So it was super interesting to cut all sweet things from my diet and watch my body struggle HARD with what felt like a physical yearning for anything containing the white gold I so desired. I wish I could tell you that the need dissipated and went away completely after 30 days.

HOWEVER, my taste for sugar in drinks actually did. I no longer want sugar in my coffee or iced tea and diet soda tastes more akin to a dessert now, which is really interesting. So if nothing else, I can say Whole30 cured me of my Splenda obsession and probably saved me from that third eye I’d inevitably grow on my forehead from overconsumption.

Chocolate though? Naw. We still buds.

2. “How was your day honey?” and other things June Cleaver might have said.

Turns out there’s no such thing as a pre-packaged Whole30 approved meal. You have to prep and cook EVERYTHING. The prepping is something I was pretty adept at doing prior to Whole30, however the cooking part? Not so much. And definitely not every damn night.

I honestly used to scoff at 1950s-esq moms who cooked dinner every night because I didn’t see the point, but after a few trial and errors, stove burns, WHY IS IT STILL RAW IN THE MIDDLE!!! fist shakes at the sky, broken glass in a pile of raw chicken, wondering what that smell was coming from the garbage (hint: prior day’s chicken a la glass shards) and a balsamic reduction that will still be stuck to the bottom of that tragic saucepan long after my grandkids have grown and died, I can safely say I hit my stride.

Dave and I got into a good groove where he would put the kid to bed and I would start on dinner and by the time we both reconnected there was a warm meal on the table and there we sat staring at each other wondering what comes after “how was your day?”

Naw, for real, actually sitting down with Dave to a dinner every night was pretty fantastic. Sure I missed a bunch of TV and don’t know what the hell is going on with that sinking ship known as Grey’s Anatomy Season whatever-teenth (I’M WITH YOU TO THE BITTER END MEREDITH!) but that’s nothing a good old sick day marathon can’t fix. It was pretty cool to have the 10-15 minutes it took us to devour our protein packed meals and enjoy each other’s company.

YES, I LIKE MY HUSBAND. BUGGER OFF!
(Are you British now? No I’ve just used “fuck” too many times already in this post.)

I’m going to go ahead and break here and I’ll pick back up with the last two themes in the next blog because this has gotten a bit long and also I haven’t thought of them yet.

Stay tuned for the gripping conclusion and final tally for how many pounds my cat gained from eating my Whole30 fails.

Hint: he’s fluffy and he know it. 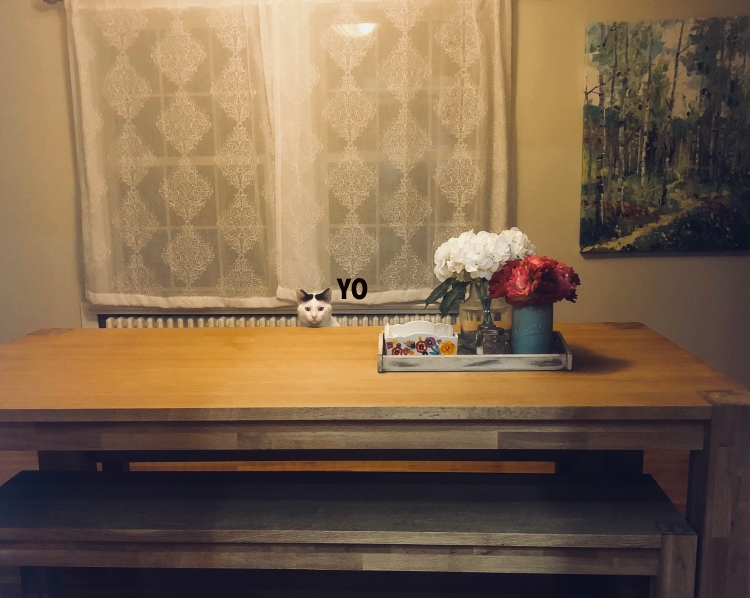